VOPUS Gnosis > Articles > Why should we fight to death for our soul? 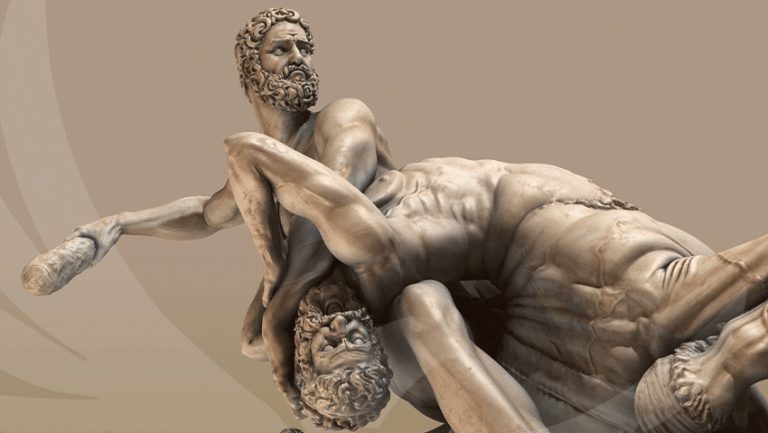 I’m interested in sending you the following message about:

WHY SHOULD WE FIGHT TO DEATH FOR OUR SOUL?

Thanks to Gnosis we have come to know the doctrine of the TRANSMIGRATION OF SOULS, a doctrine that has Hindu origins. According to this doctrine of the Avatar Krishna, each soul has one hundred and eight opportunities, within the wheel of return and recurrence, to try to join its inner divine Monad, that is, its BEING. This is a great truth that, whether we like it or not, is unquestionable. All this means that if the humanoids that are currently on Earth do not become Conscious of this reality, it is likely that out of those one hundred and eight existences we have only one or two left and, moreover, in these times of global decadence, in other words, in this Kali-Yuga in which we find ourselves.

When we analyze the history of humanity, we find stories that amaze us related to the TREMENDOUS AND TERRIBLE REVOLUTIONS that certain men and women have created as protagonists of them. In such bloody revolutions they fought for many things: for freedom, against hunger, against dictatorships, against oppressions, for the dignity of peoples who were being crushed by a group of selfish peoples, against atheism, against heresies, sorceries, etc., etc., etc., and, above all, we are astonished and excited by the sacrifices that such men or women were able to carry out for the good of their fellowmen, constantly putting their human lives at risk. On many occasions such paladins died abandoned by their own allies or in misery, etc.

It is obvious that these sacrifices for the welfare of peoples are paid by the GREAT LAW to those who made possible the achievements for which they fought.

But, friends, how did it all end? Example: everything Pancho Villa did to free Mexico from the oppression imposed on him by Porfirio Díaz was reduced to nothing in the end. Even Villa himself was ambushed and killed and it is said that the perpetrators of that murder were the same ones who fought alongside him for a better Mexico. What good were these sacrifices, patient reader? What is Mexico like in our days? ANSWER: it is worse than in the times of the Mexican Revolution, now there is more misery and the class struggle remains a constant…

What good was it for Russia to do away with the Tsar dynasty? What good were Lenin’s speeches and Karl Marx’s materialistic pseudo-doctrine? Is misery over in Russia? Did perhaps a Russia surge where everyone is equal before the Law? ANSWER: today the Russian people remain oppressed, no longer by capitalist groups alone, but also by the dark political groups that kill anyone who opposes the regime’s opinions. The famous Russian KGB ─presently FSB─ still exists, only now it does so in a veiled way. Russian leaders are no different from Leninism and its Soviet purges, etc., etc.

What good was the FRENCH REVOLUTION and its famous motto LIBERTÉ, EGALITÉ, FRATERNITÉ? Can we really believe that these ideals have been realized? In France, as in all of Europe and in all the countries of the globe, CORRUPTION is running amok and politics is the laughing stock of the people on the street. No one believes in their leaders anymore and they prefer to give themselves to marijuana, cocaine, trafficking of women and to continue the same degeneration that has already existed since the beginning of the twentieth century.

What good were the sacrifices of Julius Caesar for this crazy humanity that appreciates nothing? What became of all the glory of Rome? NOTHING, NOTHING, NOTHING, and that is where there is more anarchy and political fraud than in all of Europe. The great confederation of states dreamed of by Caesar was shattered, now turned into a social eyesore.

And what happened to that revolution that Gandhi advocated against England? The English left but the Indians themselves have alternated the political power hoisted by the armed forces, who have come to kill many people who oppose the dark interests of India’s sinister political confraternity, and misery remains the same. No one managed to eliminate the social castes that have existed for millennia in that land that was once sacred and deeply mystical. Opium, cocaine, LSD are as prevalent in India as potatoes and onions.

Therefore, illustrious reader, seeing this panorama we come to one single CONCLUSION very well developed by our Avatar, the V.M. Samael, when he toldus: “Every project, however idealistic it may be, if it does not take into account the dissolution of the Ego it is doomed to failure sooner or later!”, this is the stark reality.

Undoubtedly, neither can we ignore the phrase of our blessed Guru when he asserted: “EVERYTHING PASSES! and only the one who has been, is and will be, that is, OUR REAL INNER BEING remains”… That is how it is, dear reader, time, times and half a time have passed and here we are pariahs of creation, not knowing why we exist, who ordered our appearance on the stage of life, for what and what will happen after our physical death.

Therefore, if our soul is a sum of forces issued from the trunk of that ETERNAL AND IMMUTABLE tree that is the BEING, and that soul has one hundred and eight opportunities in the human world to establish contact with its divine origins, should we seriously reflect on our future fate? ANSWER: Yes, obviously. Because we all know, through Gnosis, that if we do not self-realize in one of those hundred and eight opportunities, we inevitably enter into the clutches of a FRIGHTFUL LAW called INVOLUTION, and it is processed in the inferior dimensions of the worlds, which includes our planet Earth. These infra-dimensions are known in the theologies and theogonies of all the peoples of our planet as AVERNUS, INFERNOS, AVITCHI, TARTARUS or however we wish to call them. It is a very long period that our psychic material will have to pass until, after several millennia, the ENERGETIC AND ANIMAL “I” is disintegrated in such regions. All this implies a very long chain of sufferings.

Many might object to me: “Well, that’s going to happen to the EGO, but not to me!” ANSWER: the problem is that what we are today is, UNFORTUNATELY, ONLY EGO, and that EGO IS MULTIPLE, it consists of TEN THOUSAND PSYCHOLOGICAL AGGREGATES glued to us like a STICKER. That’s why people find it hard to see their own demons. We have become accustomed to living with such monstrosities unfortunately and for nothing in the world do we want to accept that we have such bestialities. That is our tragedy. The popular saying goes: There is no worse blind than the one who does not want to see, nor worse deaf than the one who does not want to hear!

Thus, esteemed reader, the only revolution worth implementing is the INNER REVOLUTION. This revolution is THE HARDEST OF ALL because it is about maintaining A FIERCE BATTLE AGAINST OURSELVES, AGAINST OUR UNBRIDLED APPETITES, OUR OWN GREEDS, OUR OWN LUSTS, OUR OWN FORMS OF LAZINESS, OUR ENVIES, OUR VARIED PRIDES, OUR SELF-LOVE, OUR SELF-CONSIDERATION, OUR VANITIES, OUR TERRIFYING ANGER ACCUMULATED FOR CENTURIES, etc., etc., etc.

Having said all of the above we have to start reflecting: what have we done so far with our existence? Are we really causing a radical change in ourselves, towards a higher spiral? Are we striving to KNOW OURSELVES by means of the knife of self-analysis? Do we understand the urgent need to DIE PSYCHOLOGICALLY FOR SOMETHING NEW TO MANIFEST IN US? Are we really dedicating ourselves to the SACRIFICE FOR HUMANITY, as commanded by the Third Factor of the Revolution of Consciousness, or have we simply come to know Gnosis and for us it is one more theory that we have introduced into our psyche? Enigmas, enigmas, enigmas!

Let us remember the words of the great Initiate Goethe: “Every theory is gray and only the tree of golden fruits that is life is green” ─namely: WISELY LIVED…

Let us remember at every moment that our body is perishable and has a limited duration, an expiration date. If we do not every day take advantage of this vehicle that has been given to us to seek the intimate reality that we carry within us, to catapult ourselves toward our inner divinity, then there will come a time when we will have to enter the world of the dead to be judged by objective justice and what follows will then be determined by those intelligences based on what our acts, our thoughts and our actions were in the SCHOOL OF LIFE…

KEEP WATCH AND PERSEVERE, YOU STILL HAVE TIME! Our ceremonials remind us.

I now give you some phrases that are exalted by time:

“Hope is, undoubtedly, the only money with which happiness can be bought.”
José Selgás

“Man is born free and everywhere he is in chains”.
Rousseau

“Slavery is the subjection of a weak and cowardly spirit that does not own its will.”
Cicero

“Slavery is the daughter of ignorance, an ignorant people is a blind instrument of its own destruction.”
Simon Bolivar

“WISDOM CARES ABOUT BEING SLOW IN HER SPEECHES AND DILIGENT IN HER ACTIONS.”
Confucius