VOPUS Gnosis > Articles > The mystery of the Christ will 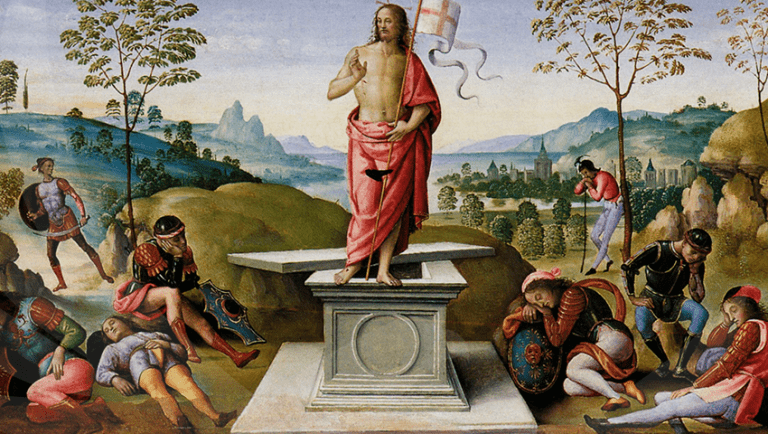 The mystery of the Christ will

…THE MYSTERY OF THE CHRIST WILL

When we begin to study our Gnostic teachings and are explained the sacred mysteries of suprasexuality as a means of one day arriving at obtaining what has been called through the centuries the Philosopher’s Stone, then we are also told that such a mysterious Stone is also the red carbuncle, the Sun King, the Cubic Stone or Cornerstone of the temple ─the inner temple─,etc., etc., etc.

Such a Stone, Gnosis says, can certainly transform the lead of the personality into the Gold of the Spirit, and going even further we are told that this blessed Stone is the Lord of Perfections himself or the intimate Christus, etc., etc., etc.

In this way, when a devotee has awakened the Sacred Fire of Stella Maris and begins to raise these Fires through the spine of his internal vehicles ─atomic vehicles─, he then raises those flames in a serpentine way and thus we are indicated that we have now raised a first igneous serpent, then a second, then a third, etc., etc., etc. However, when one of those flaming serpents rises up the spine of what we then call the causal body, it is emphasized to us that we begin to acquire true will, because before that phenomenon occurs the humanoid does not even have his own will, but always does the will of his psychological aggregates or the “I’s” of his psychology. In this way one “I” will want one thing but another “I” will want another, and so on and so forth, regrettably. All of that is a far cry from sacred individuality…

Now, this does not mean that the rational humanoid from one day to the next already does the will of his Real Being, no. He only begins to feel a little more like the master of his actions and, if he has been disciplined on his path, then he begins to detect more and more of his psychic aggregates in action.

This being the case, if that devotee has already trodden the Secret Path in other previous existences, it is stressed to us that he will not need to raise the igneous serpent of his Buddhic nature and neither that which concerns his Atman or Intimate. However, if that devotee has never trodden the Secret Path, then he must raise those two serpentine forces mentioned above to complete his animic structure.

Arrived here it is very interesting that the transcendental fact is explained to us that that fifth Serpent of Fire to which we have already referred is the one that decides which path that this devotee who is now a Master and not a simple rational mammal must follow.

If that Master receives the indication from a part of his BEING to continue his path via the Direct Path or Dry Path of the alchemists, then he must enter into what Gnosis calls the Serpents of Light. If, on the other hand, that Master chooses to enter the Wet or spiral Path, then he will head toward the nirvanic regions.

The interesting thing about all this, much appreciated reader, is the fact that those men or women who have set out toward the search for the Serpents of Light begin to live the processes of the historical Christ but now related to their intimate Christ.

First, it is good to remember that in that fifth Serpent of Fire the intimate Christ decides to leave the logoic sphere of the Cosmic Chrestos to incarnate in the womb of the Divine Mother or Stella Maris, the Virgin of the Sea. Note that it is He who decides to come to the aid of the Adept who has just entered these Serpents of Light and he will accompany him during all the eight initiations that make up that second part of the First Initiatory Mountain. This second part of what has been called the First Mountain culminates with the descent of the intimate Christ into a most sacred sepulcher in which he will remain for a time, times and half a time…..

While the Lord of Perfections is in his sepulcher –symbolically– he still continues to accompany that Master during the first nine works of the mythological Hercules –now corresponding to what refers to the Second Initiatory Mountain– which are to unfold or develop in the nine Dantean circles, also related to the hells of the first nine planets of our solar system. And what happens in those works carried out in those infernal regions? Well, simply that the intimate Christ guides the Divine Mother in those titanic tasks to disintegrate the hidden face of the animal Ego.

It is here, avid readers, that I want us to become conscious of the extraordinary power of the will of the INTIMATE CHRIST, for only He has the divine intelligence to counteract the evil intelligence of the Beast, which the Kabbalah points out with the number 666. That is why when we study the Sephirotic Tree of the Hebrew Kabbalah we observe that the attribute of CHOKMAH ─the intimate Christ─ is precisely intelligence, wisdom being the attribute of the Sephiroth BINAH ─the Holy Spirit─…

Thus, all those occultists who at the beginning of the 20th century wrote about the power of the will, such as for example Paul C. Jagot, or those others who believed that the will is something inherent in the rational humanoid, were simply totally wrong. Still today there are many people who think that those who have managed to make three professional careers: Medicine, Law and Philosophy and Literature, are very intelligent and willful people, but that is actually ridiculous, those people are mechanical repeaters of what they have been doing for many existences, nothing more and period. All this supposed WILL is only the exercise of the power of the BEAST manifesting itself again and to which we have referred in previous paragraphs.

The will of the scientists who elaborated the atomic bomb and who tested it for the first time on the cities of Hiroshima and Nagasaki at the end of World War II, has nothing to do with the Christ Will. Nor, reader friends, is the space race of the giants of the East and West linked to the will of the Christ, but it is linked to the miracles of the Beast cited in the Book of Revelation by Saint John.

That is why our Patriarch constantly emphasizes to us that the intimate Christ is our Salvador Salvandus, who is able to negotiate with the Lords of Law so that certain very serious karmas that would not allow us to continue living the Hermetic Path are annulled. The intimate Chrestos handles the Law of Epigenesis perfectly, which allows him to generate new circumstances to definitively get us out of the Wheel of Samsara or the wheel of births and deaths…..

After the eight years of Job –at the end of the mysteries of the Second Mountain– in which the intimate Christ remained within the Holy Sepulcher, he rises from it and sits on his golden throne to take charge of all our organic and psychic functionalisms. Later, to culminate his divine task, the Lord of Perfections successfully completes the last three works of the mythical Hercules, thus culminating his work of Salvador Salvandus, that is, he finishes the so-called Third Mountain and becomes the very Stone of Splendors or Philosopher’s Stone.

Behold, friends, the greatness, power and transcendence of the mysteries of the will of the intimate Christ.

I add now a few sentences for your reflection:

“All the power of men is derived from God.”
Fray Luis de Granada

“All power is duty.”
Victor Hugo

“Reflection is the eye of the soul.”
J. B. Bossuet

“The Holy Scriptures are the supreme truth.”
Leonardo da Vinci

“Religion is the golden chain that holds the earth to the throne of the Eternal.”
Homer

ESSE QUAM VIDERI.
“To be rather than to seem.”
KWEN KHAN KHU