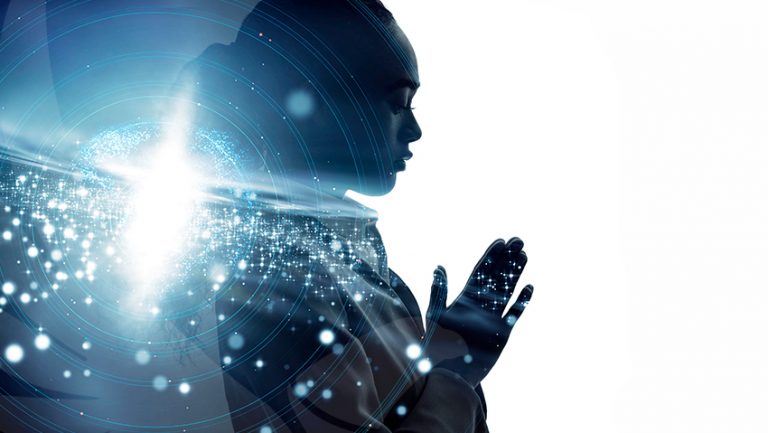 People mistake intelligence or intellect for Consciousness, and the very intelligent or very intellectual person is described as very conscious. We affirm that the Consciousness in man is, beyond all doubt and without fear of being mistaken, a very particular kind of “apprehension of inner knowledge”, totally independent of any mental activity.

The faculty of Consciousness allows us the knowledge of onself.

Revolutionary Psychology teaches that only man himself can get to know himself.

The man himself and no one else but him can realize at an instant, for a moment, that before that instant, before that moment, he was actually not conscious, he had his Consciousness very much asleep; then he will forget that experience or keep it as a memory, as the memory of a strong experience.

It is urgent to know that the Consciousness in the rational animal is not something continuous, permanent.

Rare, very rare are the moments when the Consciousness is awake; the intellectual animal works, drives cars, gets married, dies, etc., with the Consciousness totally asleep, and only in very exceptional moments does it awaken.

The life of the human being is a life of sleep, but he believes that he is awakened and would never admit that he is sleeping, that he has the Consciousness asleep.

If someone were to awaken, he would feel frightfully ashamed with himself, he would immediately comprehend his tomfoolery, his ridiculousness. This life is frightfully ridiculous, horribly tragic and rarely sublime.

If a boxer were to immediately awaken in the middle of a fight, he would look embarrassed at the entire honorable audience and flee from the horrible spectacle to the astonishment of the sleeping and unconscious crowd.

When the human being admits that his Consciousness is asleep, you can be sure that he is already starting to awaken.

The reactionary schools of outdated Psychology, which deny the existence of Consciousness and even the usefulness of such a term, betray the state of the deepest sleep. The followers of such schools sleep very deeply in a practically infra-conscious and unconscious state.

Every person who has ever awakened momentarily knows very well, from his own experience, that there are different degrees of Consciousness observable in oneself.

First: time. How long did we remain conscious?

Second: frequency. How many times have we awakened Consciousness?

Third: amplitude and penetration. What was one conscious of?

Revolutionary Psychology and ancient Philokalia affirm that by means of great super-efforts of a very special kind, one can awaken Consciousness and make it continuous and controllable.

Fundamental Education has as its goal the awakening of Consciousness. Ten or fifteen years of studies in school, college and university are useless if, upon leaving the classrooms, we are sleeping robots.

It is no exaggeration to assert that, by means of some great effort, the intellectual animal can be conscious of himself for only a couple of minutes.

It is clear that, nowadays, there tend to be rare exceptions of this, which we have to seek with Diogenes’ lamp.

These founders of religions possessed continuous Consciousness, they were the great Enlightened Ones.

Normally people are not conscious of themselves. The illusion of being continuously conscious is born from memory and from all the processes of thought.

The man who practices a retrospective exercise to remember his entire life can truly remember, recall how many times he got married, how many children he begot, who his parents were, his teachers, etc., but this does not mean awakening Consciousness, this is simply remembering unconscious acts, and that is all.

It is necessary to repeat what we have already said in previous chapters. There are four states of Consciousness. These are: Sleep, Vigil state, Self-Consciousness and Objective Consciousness.

The poor intellectual animal mistakenly called man only lives in two of those states. One part of his life is spent during sleep, and the other one in the misnamed Vigil state, which is also sleep.

The man who sleeps and dreams, believes that he awakens due to the fact of returning to the Vigil state, but in reality he continues dreaming during this vigil state.

This is similar to the dawn: stars hide due to sunlight, but they continue to exist, even though the physical eyes do not perceive them.

In normal ordinary life, the human being knows nothing about Self-Consciousness and even less about Objective Consciousness.

However, people are proud and everyone believes himself to be self-conscious, the intellectual animal firmly believes that he has Consciousness of himself, and in no way would he accept being told that he is asleep and that he lives unconscious of himself.

There are exceptional moments when the intellectual animal awakens, but those moments are very rare; they can occur in an instant of supreme danger, during an intense emotion, in some new circumstances, in some new unexpected situation, etc.

It is truly a disgrace that the poor intellectual animal does not have any dominion over those fleeting states of Consciousness, that it cannot evoke them, that it cannot make them continuous.

However, Fundamental Education asserts that man can achieve control of the Consciousness and acquire Self-Consciousness.