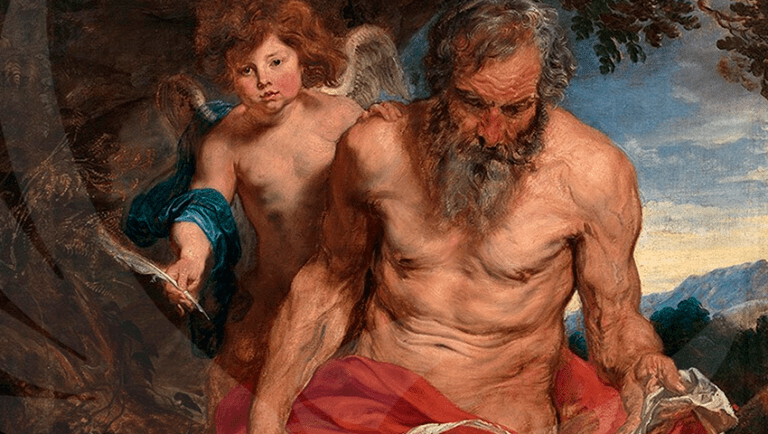 With great pleasure I write to you to send and expose to you the following:

SOME IMPORTANT DETAILS TO TAKE INTO ACCOUNT ON THE SECRET PATH

The whole doctrine of our beloved Guru, V.M. Samael Aun Weor, is synthesized in the so-called THREE FACTORS OF THE REVOLUTION OF CONSCIOUSNESS, the meaning of which we all already know.

However, the fact that we are, for the most part, constituted by a THREE PERCENT of Consciousness, does not allow us to analyze certain details that we must take into account when we want to tread the Secret Path. Let us see for example:

A. The fabrication of our animic structure.

According to the words of our Patriarch, the human being lacks a true soul, he is just a ghost that keeps our Essence locked up. It becomes necessary, unpostponable, to endow ourselves with true inner life. This implies that we fabricate our inner vehicles, namely: astral body, mental body and causal body, to have true reality in the inner worlds. For this task, those who have never fabricated those vehicles in other existences will need twenty years; those who at some point fabricated them will only have to reinforce them through the science of Alchemy and purify them of Dry Mercury –namely: psychological aggregates– and Arsenic Sulfur – lustful bestial fire. All this task, although it seems very tedious to us, has to be done, because the possession of a true soul is not a tall tale and neither is it something that has no end. If by any chance perhaps we are in our last existence but we are working in the Arcanum A.Z.F., then the Lords of Karma will be merciful to us and they will allow us new existences so as not to involute.

B. The development and opening of the chakras.

The issue of the chakras is something that equally worries our men and women companions. Chakras are magnetic disks that we possess in the astral body. These discs are atrophied due to the incessant FORNICATIONS that we have been practicing for centuries and millennia in various existences. All this has filled the chakras with mercurial oxide that does not allow, then, these discs to perceive the various phenomena that occur in our three-dimensional world or in the superior dimensions. While it is true that Mr. Charles Leadbeater spoke in his book THE CHAKRAS about the structure of each chakra, he did not, however, explain how to put them into activity. Moreover, although the V.M. Samael delivered the keys to the vocalization of certain mantras, these vocalizations only partly stimulate these magnetic discs, but do not open them completely. For this reason, our Avatar, V.M. Samael Aun Weor, insists on telling us that only through mystical death do such chakras start to function, and when our work of psychological death has been profound, then Stella Maris devours our occult anatomy and we are turned into serpents or nagas.  Once arrived here, the Initiates have all these magnetic disks open and that is when we can perceive the aura of people, listen to them internally, see the past, see the future, etc., etc., etc. All this, as you can see, involves a lot of PATIENCE. For this reason, the Great Kabir of Galilee emphasized: “In patience you will possess your souls…”

C. The awakening of our Sacred Fire.

Turning again to the sacred teachings of our beloved Master Samael, we find the urgent need to awaken our Secret Fire, linked to our Divine Mother Kundalini. To do this ─the Avatar insists─ we need to change our way of thinking and feeling toward the opposite sex. As long as we are locked up within our particular lust and being slaves to the bestial fire, the awakening of our Secret Fire will become more than impossible. Those who are not able to feel true love during the metaphysical copulation can spend their entire lives transmuting their sexual energies but without awakening the Sacred Fire. Such an awakening will allow for the ascent of our corresponding tongues of blessed fire and, consequently, each inner vehicle will be baptized by the grace of Stella Maris.

D. The perfection of the psychological and alchemical work.

Many men and women companions who managed to awaken their Secret Fires and who even began to thresh the ordeal of Initiation, forgot to perfect their work and, consequently, were fascinated by certain initiations that they acquired throughout their lives. This caused the appearance of various HANASMUSSEN, either by betraying our blessed Guru or proclaiming themselves to be Prophets, Avatars and endless stupidities that led them to stray from the Hermetic Path and they finally ended up becoming abortions of the Divine Mother, with the subsequent involution which they won all on their own, because of greed for spiritual powers and status. That is why I warn you: it is not enough to become Masters of the Maha-Manvantara, no. What is really important is to strive to perfect our inner work reaching levels of profound psychological death, even if this produces terrible and frightening moral pains in us… This is the crude reality.

E. Comprehending that Gnosis is for a few.

For millennia, the ancient Mystery Schools knew perfectly well that the Initiatory Path was not for everyone. For this reason, in these schools the sacred Arcanum A.Z.F. was not given to everyone, even if they belonged to them. It was then required to have reached thirty percent CONSCIOUSNESS in order to be entitled to receive the secret key. This, precisely, prevented that person from becoming a HANASMUSSEN and causing harm to himself or others. Unfortunately, since we are at the end of the Fifth Race, called Aryan, the V.M. Samael wanted to try to create a harvest of solar men and women and therefore he publicly delivered the magna key, trying to save from the drowning at least his hat … We must never force anyone, neither by resorting to fears nor to spiritual blackmail, for them to walk the rocky path. This has to be determined by the very Monad that people carry in their animic cores, not by us. Obviously, we have the moral obligation to notify other souls of the existence of our teachings in order to fulfill the practice of the Third Factor of the Revolution of Consciousness…, this must be very clear.

All of us who try to rebel against the forces of entropy that invade us at every moment, must fight to counteract these forces with the help of our esoteric practices that allow us to receive moral help. The path we have chosen is rough, stony, thorny and terribly cruel; however, it is about the salvation of our soul. That is why the V.M. Samael told us: “There are two ways of living the Apocalypse: either we live it internally, within ourselves, in a voluntary way, or we allow ourselves to be dragged by entropy, which will finally lead us to be victims of the global apocalypse and of the Second Death of which the Sacred Scriptures speak…”  There are the Zodiacal Exercises, the Runes, the vocalizations, the Rune Not, the Sacred Asana, the invocations of the Sacred Intelligences, etc., etc., etc. We must resort to all this to fill ourselves with strength in the midst of so much inner and outer darkness.

G. The need for meditation.

We need inner peace to endure the avalanche of negative impressions that the present Kali-Yuga constantly provokes for us. If we do not try to calm our psyche through meditation, it is obvious that a psyche that is tormented cannot devote itself to the meticulous study of our imbalances and, therefore, will never allow us to reach COMPREHENSIONS that are significant for us when it comes to wanting to destroy the “I”. That is why it has been said: meditation is the daily bread of the sages. Self-exploration and self-analysis are impossible to capture without the help of meditation.

H. Knowing how to suffer and resignation.

When it comes to wanting to endure the harshness of the path, it is important to learn to be resigned. Resignation is indispensable to accept the will of the Father and the Great Law. Those who are always protesting against the thorns of the path, they will not be able to advance on it, because we must not forget that we have entire libraries of karmas accumulated during many existences and that will not be erased from one moment to another. There are periods when resignation is the only weapon with which to defend ourselves from defeatism. Those who do not know how to suffer through resignation will not be able to get very far in their march.  Those periods in which we feel abandoned by the divine forces are part of the Initiatory Path itself, for with them our temperance is tested. A Master without temperance is a castle made of paper.

Finally, I add a few sentences for you that, opportunely, we must reflect upon:

“Be transformed by the renewal of your mind.”
Saint Paul

“Talent is like health, which when enjoyed is when it is least known.”
Helvetius

“Talent is a gift that God makes for us in secret and that we reveal without knowing it.”
Montesquieu

“Talent is formed in stillness, character in the torrent of the world.”
Goethe

“Basic talent is that which guides others.”
Pascal

Why are many people having existential conflicts and doubt in gnosis?