VOPUS Gnosis > Articles > What does it really mean to make voluntary sufferings and conscious sacrifices? 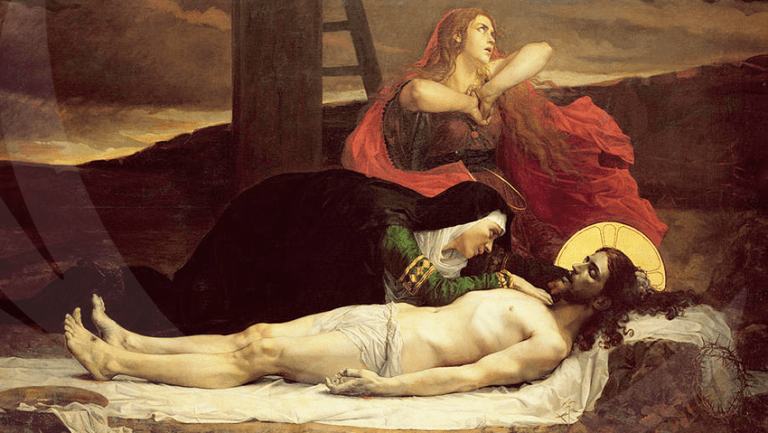 I send you a few lines to make an interesting comment about:

WHAT DOES IT REALLY MEAN TO MAKE VOLUNTARY SUFFERINGS AND CONSCIOUS SACRIFICES?

There is no doubt that the body of doctrine bequeathed to us by our Avatar and Master Samael Aun Weor is absolutely perfect. It is perceived, as we devour our teachings and try to UNDERSTAND THEM SO AS TO LIVE THEM, that certainly such a teaching and with this depth could not simply come from an intellectualoid mind, no. All this wonderful knowledge can only have had one source and it is called ENLIGHTENMENT.

Because you have to be ENLIGHTENED to weave all the contents of this sacred and virtuous Gnostic theology, and even more so to VISUALIZE FROM AFAR all the dangers that come with the realization of this mystical pilgrimage that must lead us to the portal of the Father.

The CORPUS HERMETICUM GNOSTICUM is, today, the only route for INTIMATE SELF-REALIZATION through which our BEING can become physically manifested in the midst of this ULTRA-TENEBROUS Kali-Yuga IN WHICH WE ARE. All the other routes –religious, philosophical, artistic, etc., etc.─ already gave what they had to give and eventually died, they went out like a candle is extinguished when it has been consumed by the fire of what is insubstantial.

However, friends, allow me to be honest with you on this issue. It is not enough to admire our teachings, it is not enough to consider them clear and profound, no. It is essential, urgent, undeferrable, because of the harrowing days we live in, where we face the undesirable energy barrier that does not allow us to access the experience of them. That energy barrier is the PLURALIZED “I”, the EGO, THE MYSELF, THE ONESELF, which, unfortunately for us, HAS A MASSIVE FORCE that we have been granting it for centuries for having given ourselves to its evil will translated into DESIRES, CRAVINGS, LAZINESS, MYSTICAL WEAKNESS, ATHEISM, SENTIMENTALISMS, ATTACHMENTS TO THE ROUTINE LIFE AND A HUNDRED THOUSAND MORE THINGS of the same kind…..

Gnosticism insists, once and a thousand times, on the urgent need to go through the PSYCHOLOGICAL BEHEADING and this IS NOT WORDS, this must translate into TANGIBLE, TRUE and CONCRETE FACTS, and not into a simple talk of rhetorical egotism. If the V.M. Samael had not dedicated himself to the TIRELESS FIGHT AGAINST HIMSELF he would never have reached ENLIGHTENMENT. The same thing happened to Buddha Siddhartha, whose sacred name was AMITABHA, and the Great Kabir of Galilee expressed it very clearly when he uttered that poignant phrase: “He who wants to follow me let him take up his cross [Alchemy], deny himself [psychological death] and follow me”… There the THREE FACTORS OF THE REVOLUTION OF CONSCIOUSNESS are gathered very clearly…..

Why did the V.M. Samael want to meditate at four o’clock in the morning lying on the floor and having a brick for a pillow? Would it perhaps be because the Master was a masochist? Or was the Master an exhibitionist or a mythomaniac? None of that, dear friends. He did so because as he meditated he wanted to disintegrate all the atoms of laziness that he knew were on his psychic continent and they constituted an obstacle to his inner advancement. He applied similar didactics when he wanted to eliminate his aggregates of lust, pride, etc., etc., etc.

I still vividly remember something that I had to see up close, very closely. There was a companion who every time we did chains in the Second Chamber in Mexico City started yawning horribly. That man was practically swallowed by the “I’s” of laziness. However, the V.M. Samael, seeing that this was repetitive in the aforementioned gentleman, sprung the following phrase on him one day, before starting a chain: “From now on, brother, every time we do a chain you will be kneeling and at the center of it, and also with your arms open as a cross during the entire duration of the chain! Have I made myself clear?”

That is what happened, dear reader. Every time we did a chain in which this gentleman participated, he would kneel and place himself at the center of it and with his arms open as a cross. The curious thing about all this is that to this man it seemed IMPOSSIBLE to do, but fortunately that frater subjected himself to that dynamic and if at first he yawned, as the days passed, he began to stop yawning and in the end he no longer yawned, that PSYCHOLOGICAL AGGREGATE HAD CEASED TO EXIST……

When on one occasion the V.M. Samael ordered me –without explanations– to not write to my physical mother for anything in the world, nor to phone her, nor to send her messages through someone, during two years, it seemed VERY HARD to me, and although I never questioned Master Samael in my mind or words, I did find it strange all that and I felt my heart breaking into pieces… When the two years passed, one morning the Venerable told me, “You can phone your mother if you want!”. Obviously I wanted to and I ran to a pay phone, I dialed the phone number of my dear mother’s house and when she spoke to me I expected that she would probably talk to me crying non-stop; however, to my surprise, my mother spoke to me calmly and asked me slowly: “Hello, son! How are you? How’s your Master Samael doing? Is his health okay? And you, how are you doing?” etc., etc., etc. It turned out that the one who started crying was my person, but out of joy because my mother had changed her behavior in an extraordinary way. She thought Gnosis had stolen her son, as some instructor friends who came to Mexico to meet the Avatar told me. These friends also hurt me, telling me, “What a bad son you are, Oscar! Your mother has been taken to the hospital twice because of you! Why don’t you call her?  How hard can it be for you to call her?” Etc., etc., etc.

Later, one day I asked V.M. Samael why he had forbidden me to talk to my mother for two years. ANSWER: “Because of her you abandoned the mysteries in one of your existences in ancient Egypt and I don’t want that to be repeated again.” Thus, esteemed readers, Master Samael had done me A HUGE SPIRITUAL FAVOR by having broken into pieces THAT LOVE FULL OF UNDESIRABLE ATTACHMENTS that people often regard as something very beautiful, great, when it is nothing more than CHEAP SENTIMENTALISMS that keep us tied to the Wheel of Samsara. This, although it sounds very hard, we must UNDERSTAND IT DEEPLY if we want to become detached one day from this unfortunate WORLD OF ILLUSIONS.

If we want to live Gnosis we urgently need to BE RADICAL IN THE DEATH OF THE “I”, friends… On this path HALF-MEASURES are useless when it comes to TURNING OUR VERY BELOVED EGO INTO ASHES.

There are psychological states in us that we may even consider very laudable, but I tell you that as we move forward in the MYSTICAL DEATH, we discover that they are PRETENSES, MASKS of our animal Ego disguised as good-natured, paternal, maternal, etc., etc., etc. Forgive me if I speak very harshly on this point, but the truth is like the storms: when it arrives it wreaks havoc!

When the V.M. Samael, was ordered by blessed White Lodge to go out into the world delivering the FIFTH GOSPEL, the wife he then had –his first wife– told him clearly that she would not accompany him, but that she gave him the freedom to do what he considered best. CONCLUSION: the V.M Samael took some of his earthly belongings and abandoned her! Along the way, later, he met the one who would later become the V.M. Litelantes and with her he was able to devote himself entirely to delivering these sacred teachings.

All these things deserve to be meditated upon so that we cease to be pseudo-students of Gnosis, pseudo-missionary men or women. Conquering the kingdom of the BEING is something that produces horrific moral ruptures and pains of various kinds. That is why it is said: “Heaven is taken by assault and only the brave ones have taken it!” Therein lies Shakespeare’s TO BE OR NOT TO BE, brothers and sisters.

“No humiliation is too much.”
P. Nieremberg

“The foal, however pure-bred it is, needs discipline. Even more so the man who, if he falls into beastliness, and it is easy to do so, is the wildest of all.
Quevedo

“Only he who loves God loves himself”.
Hebbel

“IF ON THE JOURNEY OF LIFE A MAN CANNOT FIND A COMPANION BETTER THAN HIMSELF OR AT LEAST HIS EQUAL, IT IS PREFERABLE THAT HE WALKS ALONE BEFORE BEING ACCOMPANIED BY A FOOL.”
Dhammapada