VOPUS Gnosis > Articles > Why does the Being always express himself with hunches or intuitions? 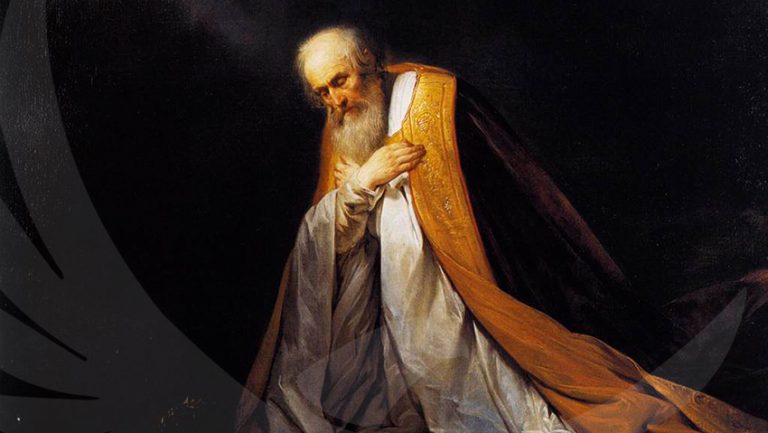 I am pleased to write a few lines to tell you something which deserves our attention. I am referring, unambiguously, to:

WHY DOES THE BEING ALWAYS EXPRESS HIMSELF WITH HUNCHES OR INTUITIONS?

To begin with, we will say that the BEING has not always been the one who has guided certain objectives ─by means of ideas─ which have formed part of our destiny or of that other one which corresponds to humanity…, since one thing is the mind and its diverse creations, good or bad, and another thing is that which we call INTUITION OR HUNCHES…

The great Adept Lady Helena Petrovna Blavatsky already spoke in her Secret Doctrine about THE VOICE OF SILENCE. This phrase, although seems a contradiction, has enormous depth, because such a voice alludes to the message which in a given moment of our life the BEING wants to give us, whether it be to avoid some calamity or to make us enter into something transcendental for our Spirit or our life in general.

The very sacred books of every authentic religion have always been written, thanks to the prudent voice of the Father who is in secret, in order to leave a divine legacy to posterity. Thus, the inspiration of those who have developed books like The Bible was given by the PROFOUND INNER BEING, who, in turn, made use of the illuminating power of the Holy Spirit… The scribes of the hermetic books have been individuals who were at the height of being able to hear or feel what the Father was revealing to them, in order to make known to all of us the mystical experiences lived by certain martyrs, saints, prophets, avatars, guides, Manus, etc.

That is why there are sacred books in the East and in the West because, regardless of the languages unleashed upon humanity throughout history due to the loss of the GOLDEN LANGUAGE, God has revealed his mysteries to all the peoples of our world and at certain times.

As any person eliminates his psychological aggregates ─namely: the defects─ and fills his soul structure with ─alchemical─ fires, then he gets closer and closer to the nature of the BEING. And if he manages to disintegrate all the ten thousand aggregates that make up our inner Beast, then he will become the substance BEING, that is to say, he will be ONE WITH THE BEING HIMSELF. When this occurs, the Initiate, in each instant, feels only the voice of the Father, and the such Adept obeys this inner voice in order to teach the message of his divine Spirit, as well as for personal matters of a specific nature.

This intuition of which we speak here receives in the Orient the name of PRAJÑA-PARAMITA and our Venerable Patriarch came to possess it, the one who writes these lines gives testimony of this. On many occasions, dear reader, your servant wanted to ask the V.M. Samael a certain question related to some subjects, and long before me asking my question, the Patriarch would give me the answer. It was something really sensational! This phenomenon occurred on many occasions and, particularly, it always produced in me astonishment, profound amazement…

Characters like Michel de Nostradamus elaborated their famous PROPHETIC CENTURIES listening and seeing what the BEING made them FEEL, INTUIT or, sometimes, INTUIT AND SEE AT ONCE, all a gift for that great seer. The same happened with the famous Edgar Cayce, who was capable of FEELING OR INTUITING clearly what was happening to a certain person thousands of miles away. Cayce became famous for pinpointing, unmistakably, what was actually happening to certain people who were sick and about whom the medical science of their time considered to be discarded or INCURABLE. Cayce would tell them the true cause of their illness and what was the wise medicine that would achieve the miracle of healing for so many people. There still exists, in the United States, the famous EDGAR CAYCE INSTITUTE which today has turned into a charity institution…

INTUITION OR HUNCH is one of the possibilities, among thousands, that our BEING possesses to guide us when He considers it necessary and, obviously, when the merits of our heart allow it. That is why the word of the Father is silent, because it speaks through hunches or INTUITIONS. What is important to know here, distinguished reader, is that unlike what the mind may indicate to us at a given moment and which ends up being a bad orientation, the INTUITION or HUNCH of the BEING is never wrong, never, never. Why? ANSWER: Because the BEING is a fraction of God in us and God does not belong to relativity but to the ABSOLUTE! This is the difference….

We must emphasize that intuition is direct, precise, unmistakable. Many ladies have felt the voice of the Father speaking to them in their heart, clearly warning them NOT TO ENTER INTO RELATIONSHIP WITH CERTAIN MEN, so as not to ruin their lives, but the “I’s” of desire have been stronger and have blocked that warning. Later on in time, those women have suffered the unspeakable with that man to whom they got married and they have always remembered that, if they had listened to THE VOICE OF THE HEART, all those moral or physical sufferings would not have taken place in their lives. Here is the price we pay for being controlled by our lousy secretary whom we call ANIMAL EGO. The “I” does not know how to really love, the “I” only knows how to DESIRE.

When Leonardo da Vinci created the masterpiece that we now call the GIOCONDA, he followed the voice of the heart to make the master strokes with his brush, and managed to leave to posterity nothing less and nothing more than the picture of his Divine Mother, a transcendental and divine occurrence…

Likewise, esteemed reader, the famous book called I CHING, composed of mathematical hexagrams placed on its pages, was never the fruit of the intellect but of intuition. The same happens with the MANDALAS of oriental Buddhism, since they are revealing messages that speak directly to the Consciousness without the need of the intervention of the mind and its forty-nine levels inhabited by the Ego.

One of the consequences derived from the experience of the ILLUMINATING VOID is, precisely, that such an experience let the psyche of the experimenter be connected to the intuition of the BEING. Then it is obvious that, for the devotee, the vision of the world, of life and death changes radically, since his soul nature is no longer subject to the ups and downs of the sensual mind or to the contradictions of the intermediate mind: his mind is united to the inner mind. We already know that the inner mind is like a mirror in which the transcendental truths of our Father who is in secret are reflected, and it is in this manner that we are comprehending and living the mysteries of our Being. We abandon the world of speculations and theories in order to enter the kingdom of direct perceptions of the divine, something very different.

However, let us not deceive ourselves, in order to reach these summits of our spiritual path, we have to rid ourselves of the ballast that we carry in our depths. This ballast is the fruit of our thousands and thousands of fornications, both from our past lives and from the present existence that we have. Such ballast must be disintegrated by means of VOLUNTARY SUFFERINGS and CONSCIOUS SACRIFICES and with the help of the SACRED FIRE OF STELLA MARIS. Therein lies the formula to abandon the stupid world of illusions which make up the Wheel of Samsara.

That is the importance of making sure that we have an EFFECTIVE PSYCHOLOGICAL DEATH. The more profound our inner death, the more lucid our psyche will be, and we will maintain the connection with the Kingdom of Truth through the great power of INTUITION.

“Intuition is the undoubting conception of a pure and attentive mind, which arises from the light of [objective] reason alone.”
Descartes

“I imagine that intuition is not only a capricious and baseless divination, but rather a judgment that, instead of being based on most of the essential characteristics of an idea or an act, relies on only one that it finds significant.”
Pio Baroja

“No one was ever great without some portion of divine inspiration.”
Cicero

“Every number is zero before the infinite.”
Victor Hugo

MAY THE EMMANATIONS OF TRUTH FLOOD YOUR HEARTS ETERNALLY.
Kwen Khan Khu