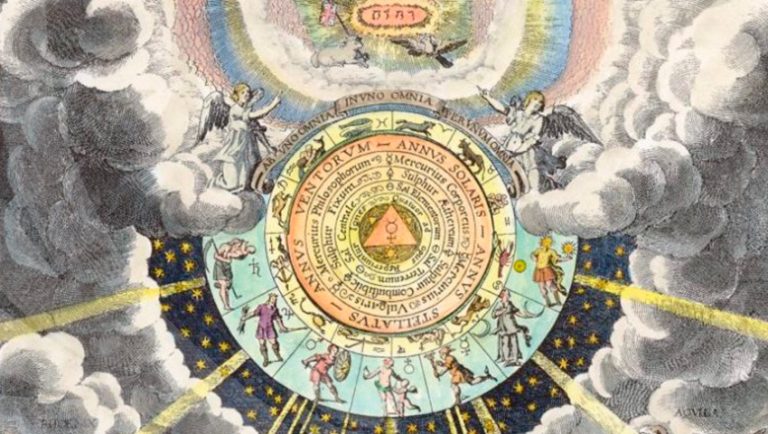 The Intelligent Principles Governing the Life of Man, Nature and the Universe.

The time has come for each one of us to reflect about ourselves and about the Universe.

Man exists on Earth since much before the primary age, much before the Paleolithic age. And –I repeat– we have the right to assert this due to the concrete fact that we continue to exist despite the fact that all the animals, all the creatures of past times, in their majority, have already disappeared. If this is so, then we have the right to say that we are as old as Earth, as Nature, because facts are facts and we have to yield before the facts.

If we did not perish, if we did not disappear from the world stage after so many catastrophes, and despite the fact that all the creatures of the Mesozoic times became extinguished, then we have the right to say that we are very special beings, that we existed on Earth before those creatures of the Pliocene or of the Mesozoic times appeared on the face of the Earth. That right is given to us by the very right to exist, by the concrete fact that eternities have passed and we continue living. The creatures contemporaneous to us died; however, we are still here, alive. All perished but we continue to live. The different scenarios in which this humanity has developed deserve to be taken into account.

We need to recognize the intelligent principles of Nature and of the Cosmos.

Let’s observe, for example, an anthill. There we see the intelligent principles in full activity: how those ants work, how they make their palaces, how they govern themselves, etc. The same thing happens with a honeycomb: its order is astonishing.

Let’s endow each one of the ants, or each one of the bees, with a Pythagorean Monad, or with a Hindu Jiva, then it is logical that the entire anthill, the entire honeycomb actually makes sense because all creatures live off a monadic principle.

We are not worshipping any anthropomorphic God; we only want Nature’s intelligence to be recognized. It does not seem absurd to us that Nature is provided with intelligence. The existing order in the construction of the molecule and of the atom is demonstrating to us, with utmost clarity, the intelligent principles.

We are in the right age to revise principles. If we do not agree with materialism it is because it cannot withstand an in-depth analysis. It is pure rubbish, that is obvious. The creation of man by means of mechanical processes is more illogical than Adam suddenly emerging from the mud of the earth. One is as absurd as the other. Let us recognize that there is intelligence in this entire mechanics of Nature: in the movement of the atoms around their center of gravity, in the movement of the worlds around their suns.

It is certain and entirely true that our Sun, the one that illuminates and gives us life, is one of the suns of this great constellation that revolves around Alcyone, which has been called the Pleiades since ancient times. That there are seven suns revolving around Alcyone, that is not strange. We live in a corner of the Pleiades, on a small planet that revolves around the Sun, which is populated by intellectual animals. This very small world is called Earth.

The equatorial sun of the Pleiades intelligently coordinates all the cosmic, human, mineral, plant and animal labors and activities of this group of celestial bodies known as the Pleiades.

We must take into account not only the Pleiades, but also the entire Galaxy in which we exist, the great Milky Way with its hundred thousand suns, millions of worlds, moons and loose stones, an extraordinary Galaxy that revolves around sun Sirius. Unquestionably, this sun is gigantic. Close to Sirius, there is a moon five thousand times denser than lead; that moon revolves around Sirius.

Extraordinary radiations come from Sirius toward the cosmic matter. We must not deny that from that moon which is five thousand times denser than lead, also come terrible infra-human radiations.

But the Galaxy in itself, with all that extraordinary order, with its spiral shape, revolving around the sun Sirius, undoubtedly needs intelligent principles to govern it.

The Polar Sun comes to our memory in these moments. Obviously, in it are found the intelligent principles that control, govern and wisely coordinate this Galaxy in which we live, move and have our Being. It is a marvelous, extraordinary spiritual sun; it completely governs the Milky Way.

Our infinite, the infinite “of Einstein” as I would call it –as he was the one who said: “The infinite tends to a limit”– has around one hundred thousand galaxies, with an average of one hundred thousand suns each one, with their corresponding millions of worlds. This is what can be perceived by the telescopes. But in reality, this infinite in which we live needs intelligent governing principles to coordinate it in order to avoid, as far as possible, collisions and failures of all kinds.

Thus, intelligence governs the entire Cosmos, the infinitely small and the infinitely large, the Macrocosmos and the Microcosmos, a system of worlds and a honeycomb or an anthill. The cosmic intelligence resides precisely in each particle of this great creation.

We live here, as we already said, on a small planet of the infinite Universe, on a tiny world that revolves around the seventh sun of the Pleiades. It has its mechanics governed by intelligent principles, but not even the geologists who have studied so much, know the living mechanics of this planet Earth.