VOPUS Gnosis > Articles > Why fidelity is so important in the mysteries that lead us to the Being? 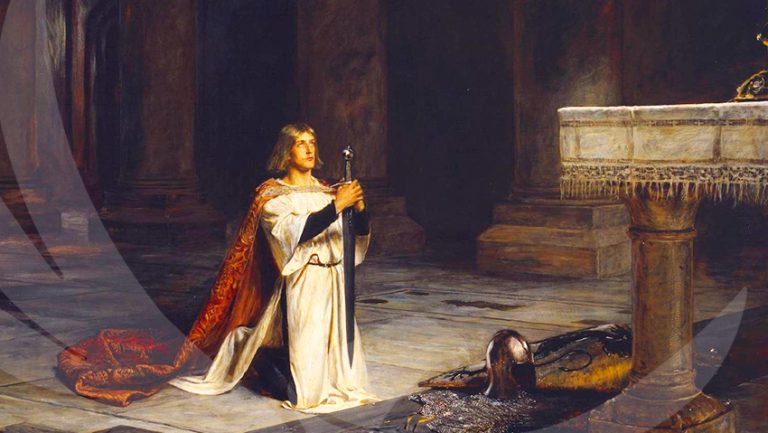 I want to say to you a few words about:

WHY FIDELITY IS SO IMPORTANT IN THE MYSTERIES THAT LEAD US TO THE BEING?

When we read the Sacred Christian Scriptures, we see in several of the biblical passages, signals of the importance of our fidelity to the mysteries that surround our BEING and, in general, to the Elder Brothers. Thus, for example, we cannot ignore those sentences that appear in the Book of Revelation, in which the Creator says to the human creature: “Be faithful until death and I will make you a pillar in my temple”…, or this other one: “Be faithful to my command and I will give you the crown of life”…

Apart from these two very specific phrases about fidelity, let us also remember Job’s fidelity to his God. Job was able to qualify his faith and fidelity despite of the very fact that God himself gave freedom to the forces of evil to torture Job. Likewise, in the Old Testament we observe the terrible test to which the Creator submits Abraham when he orders him to sacrifice his own son in a burnt offering…, something extremely hard that Abraham was ready to undertake, but when the time came to put his offspring to death, the Lord ordered Abraham to stop that sacrifice… And all that was to test Abraham’s fidelity to his commands!

We could ask ourselves why the BEING is capable of demanding from us such tremendous things as those we have just mentioned, and the answer is only one: the Being needs us to be strong, courageous and tremendously FAITHFUL to his will, because in this way He makes sure that He can count on his Bodhisattva to carry out his plans within the context of existence…

We will never see, dear friends, a self-realized Master who has not been submitted to frightful tests of fidelity to the commandments and orders of his Father or Real BEING. If we do not acquire the SUPREME FIDELITY to the one who has sent us to creation, how then could our superior Monad develop his mysteries? The BEING is like a great tree with ENORMOUS BRANCHES and very deep roots. If those branches that sprout from its trunk are weak and fragile, the trunk will eventually be eaten by woodworm or devastated by storms. Likewise, being part of those branches of the particular Sephirotic Tree, how can our real intimacy be expressed if we are weak, fragile, fearful, cowardly, gossiping, envious, lustful, greedy, lazy, selfish, etc., etc., etc.???

Fidelity, dear reader, is not an emblem to be worn on our jacket. Fidelity runs inside and we make it come into play when our work is endangered by the temptations that appear at a given moment, or when it is a matter of defending the postulates of our Patriarch before the world at whatever cost.

Let us remember the fidelity of V.M. Aberamentho during his Via Crucis. He already knew the torment that awaited him and yet he went ahead and even went so far as to mention it to his closest disciples during the Last Supper on Maundy Thursday. And then he said to them: “Truly, truly, I say to you, that it is necessary for the Son of Man to be delivered into ignominy,” to which the apostles reacted very alarmed and full of deep sadness and restlessness, for they in no way wanted to lose their Master… And already on the Mount of Olives, the blessed Bodhisattva spoke to his Father saying: “My Father, take this cup from me, but not my will but yours be done!” With these words the Master of Masters was saying to his Father: My God, if it is possible, take away from me the bitterness that awaits me, but if it is your will I accept it!!!

Peter, the apostle, wanting to take the GOOD NEWS to other lands, was stopped on his way by the voice of the Eternal when he was interrogated: “QVO VADIS, PETRVS?”, to which the apostle responded: “I am on my way to Damascus to deliver your message.” Then Master Jesus changed his plans completely and said: “My people suffer the unspeakable in Rome and need you there! Go with them!” At the words of his Master, the apostle turned back and went to Rome, knowing that nothing good would await him in Rome. As we all know, Peter was crucified with his head down as part of the torments that the empire applied to Christians in those times…

In the past twentieth century there were many disciples who were not able to show their fidelity to their Master and, obviously, neither to their BEING. It is necessary to know that if we are not capable of being faithful to our Guru, we will never be faithful to our BEING, since the Guru is the minister of the BEING and his duty is to educate us so that the Father of all Lights receives us in his kingdom. Therefore, the one who is not faithful to the Guru cannot be faithful to the BEING. Conclusion: he will fail in his journey and also in his yearning to do the inner Great Work.

That was the reason why many Bodhisattvas who then surrounded Master Samael both in the Summum Supremum Sanctuarium of Santa Marta ─Colombia─ and many others who were close to him in Mexico City, later became TRAITORS OF THE CHRIST OF THE AGE OF AQUARIUS and right now they are entering the Dantean or infernal circles of our planet. They did not have enough faith to obey the indications of their mentor or their Master, despite the very fact that their Master gave them infinite evidence about his Mastery.

To reach the high summits of HIGH INITIATION, esteemed reader, we need to have cut the throat of our particular Judas and of the whole series of monstrosities that we all carry within. Only in this way will we be FAITHFUL until death to our Guru or Patriarch and we will then reach the union with our blessed Real BEING… In order for fidelity to be our banner on our pilgrimage, it is indispensable to remember that THE BEING IS EVERYTHING and that our Guru watches over us day and night, as long as we always keep ourselves in THE RIGHT WAY OF FEELING, THE RIGHT WAY OF THINKING AND THE RIGHT WAY OF ACTING. The Guru guides us, warns us of the dangers and temptations that we will have to face in our journey along the hermetic path and of the obstacles that we will have to transcend in order to never succumb to the tests to which we will be submitted.

Fidelity is not something of the EMOTIONALISM that we manifest when we acquire sacred commitments and then throw them away because the EGO makes us believe that it is not so important to be FAITHFUL UNTIL DEATH. Look, here is the problem. We are not PERSEVERANT IN ACTION… That has been the downfall of many and for that reason NOT ALL ARE CALLED to the Kingdom of the Father, only those who have made themselves worthy of being CHOSEN thanks to their innumerable proofs of FAITHFULNESS TO THE TRUTH, to the BEING, to that which we call God….

It is unquestionable that FIDELITY is conquered on the basis of tremendous VOLUNTARY SACRIFICES AND CONSCIOUS SUFFERINGS, AND THOSE LAZY ONES who say they are instructors but only know how to give orders and do not move from their desk to assist their companions in their needs, they will never get to comprehend the profound depths of such virtues and, most notably, that which we call FIDELITY!!!

I complement these words with some phrases to be meditated upon:

“There are afflictions in which we find no comfort in anyone and in which a strong heart can appeal only to its own strength.”
Schiller

“True philosophy is nothing but the study of death.”
Newton

“The tempter or the tempted, who sins most?”
Shakespeare

“Stubbornness is undoubtedly a very serious evil, because it leads us to reject other people’s advice by clinging to our opinion and resolution against considerations of prudence and justice. We must guard against it carefully because, having its root in pride, it is a plant that develops easily.”
Balmes

MAY THE POWERFUL FORCES OF YOUR SPIRITS AGITATE IN YOUR SOULS FOR YOU TO REACH THE GLORY OF THE HEAVENS!
Kwen Khan Khu