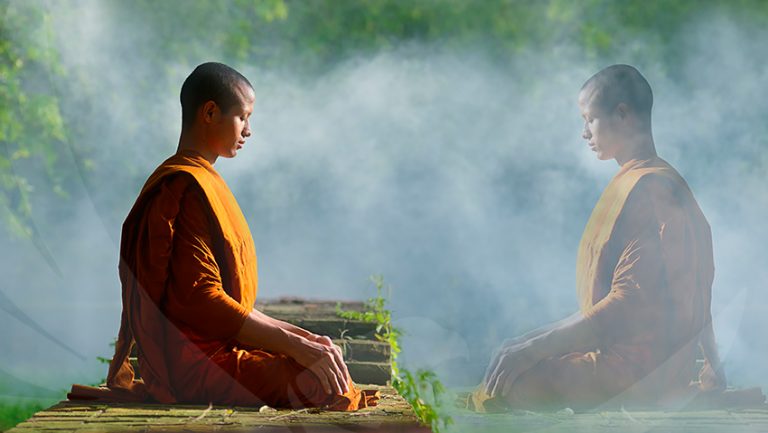 There is a key to go out in the astral, and it is quick: when you wake up from your normal sleep, you close your eyes and do not move, and with your eyes closed, you imagine vividly any place. But do not imagine what you are imagining, you should translate it into facts. Feel entirely sure of being in the imagined place, join your will to your imagination, and it is logical that, if you achieve this union, the result is triumph. Put your imagination into play and walk in the place that you are imagining with faith.

If you practice and achieve the play of will and imagination –the latter is feminine– and do not move in bed, keep your sleep and imagine the place, by putting your will into play and walking firmly, you can go wherever you want.

On one occasion I was in a jungle and, passing by a path, I was told about a mountain. Because the place was dangerous, I went to investigate in the astral. I imagined the mountain, saw fog, some steps and a group of Adepts. As I entered this place, they gave me a spoon with honey, the food of the White Lodge and the Bread of Wisdom; later they told me to purge myself with castor oil to clean my stomach. The next day I left the body whose stomach I had already cleaned. I saw the stars and made the Rune Man. The Adepts ordered me to descend to the infernal worlds. I entered a region of profound darkness where I was attacked by terrible beasts; they were my Egos. I had to enter through doors where there was hardly any room, through narrow paths, and then leave from there through a graveyard. Everything about the Ego is death and misfortune, it is Mephistopheles, one has to work very hard.

Liberating Oneself from the Bodies