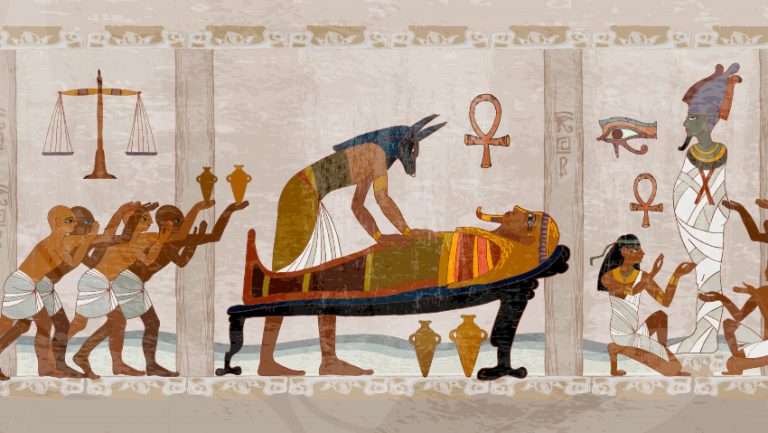 During the course of existence, different types of energy flow through the human organism. Each type of energy has its own system of action; each type of energy manifests itself in its own time. At two months after conception we have the digestive function; at four and a half months after conception, the motor and muscular force is manifested.  This is related to the birth of respiratory and pulmonary function. At ten and a half months, growth, with all its wonderful metabolisms, and the connective tissues. Between two and three years of age, the frontal fontanelle of the newborns closes, effectively leaving the cerebrospinal system perfectly formed.

During the first seven years, the human personality is formed. At the age of 14, the sexual energy appears, flowing overwhelmingly through the neuro-sympathetic system. At the age of 35, sex appears in its transcendental form of creative emotion. It is when we reach this age that we can create that which is called soul. The normal man does not have a soul, more precisely, he is not yet a man, nor does he have a soul.

The intellectual animal, falsely called normal man, is a machine controlled by the legion of the “I”; the latter is pluralized.  “I must read a book”, says the intellectual function; “I am going to a soccer match”, says the motor function; “I am hungry, I am not going anywhere”, declares the digestion; “I prefer to go see a woman”, declares the passionate “I”, etc., etc., etc., etc. All these “I’s” quarrel with each other.   The “I” that today swears fidelity to Gnosis is displaced by another that hates Gnosis.

The “I” that today adores a woman is later displaced by another that abhors her.   Only by fabricating soul do we establish a permanent principle of Consciousness within ourselves. He who has a soul lives consciously after death.  The soul can be created with the accumulation of energies more subtle than what the organism produces, and its crystallization, by means of supreme efforts to become totally and definitively self-conscious. Unfortunately, the intellectual animal called man, clumsily spends these energies on cravings, fears, anger, envy, hate, envy, passions, jealousy, etc., etc., etc.

It is urgent to create the conscious will. It is indispensable to submit all our thoughts and actions to inner judgment. Only in this way can we create that which is called soul.

We need to know ourselves profoundly in order to create the soul.

THE RAY OF DEATH

The ray of death reduces the so-called man to a simple molecular quintessence, just as a ton of flowers can be reduced to a simple drop of essential perfume. The energy of death, by being so strong, totally destroys the human organism. It is a current of such a high voltage that it inevitably destroys the human organism when it comes to circulate through it. Just as a lightning bolt can tear a tree to pieces, so too does the ray of death reduce to ashes the human body. It is the only type of energy that the organism cannot resist.  This ray connects death with conception; the two extremes touch each other. When the Essence is detached from the old body under the terrible impact of the ray of death, a tremendous electrical tension and a keynote are produced, the axiomatic result of which is the movement and combination of the determining genes of the future physical body. This is how the subtle constituents of the fertilized egg arrange themselves in a corresponding arrangement, having as a basis the electrical tension and the keynote of death.

Two things go to the grave: the first is the physical body, the second is the human personality. The latter, as we have already said, is formed during the first seven years of childhood and is strengthened through experiences. Sometimes, the personality wanders through the cemetery; others come out of their grave when their mourners visit them and bring them flowers. However, little by little, the personality disintegrates. The personality is energetic and atomic. The Personality is perishable. There is no tomorrow for the personality of the deceased; it is mortal.

The personality does not reincarnate. The personality is a daughter of its time and dies in its time. What continues are the Essence and the ghost of the dead. Within said ghost the reincarnating Ego, the “I”, the “I Myself” unfolds itself. The latter is a legion of devils who continue.  It is incorrect to divide ourselves between two “I’s”, one of a inferior type and another of a superior type. The “I” is a legion of devils that are developing within ourselves, that is all.

Much is said in occult literature about a superior “I”, about a divine “I”, but it turns out that this superior “I” is not such “I”. The divine Seity transcends all “I”-ism. That which has no profane name is the Being, the Innermost.

The Essence is molecular; the Essence usually lives in the molecular world. Just as in the physical world we use a cellular body, in the molecular world we use a molecular body. The Tibetan book of the dead says the following verbatim: “Oh, nobly-born, your present body, being a body of desire, is not a body of gross matter, so that now you have the power to traverse any mass of rocks, hills, crags, earth, houses and Mount Meru itself without encountering any obstacle. You are now endowed with the power of miraculous actions which, however, is not the fruit of any Samadhi, but of the power that comes to you naturally. You can instantaneously arrive in whatever place you wish; you have the power of reaching there within the time a man takes to open or close his hand. These various powers of illusion and shape-shifting, desire them not, desire them not”.

In the human organism there exists a thermo-electromagnetic body. This is the vital body.

Said body is the seat of organic life.  No organism could live without the vital body.

Every atom of the vital body penetrates into every atom of the physical body to make it vibrate intensely. All chemical, physiological and biological phenomena, all phenomena of perception, every metabolic process, every action of the calories, etc., have their basis in the vital body. This body is, actually, the superior section of the physical body: the tetra-dimensional body.

However, the vital body does not change. In this body are contained all the atoms of childhood, adolescence, youth, maturity, old age and decrepitude. The physical body belongs to the three-dimensional world. The vital body is the body of the fourth dimension.

The Book of the Dead – Chapter 1 – Death
Samael Aun Weor