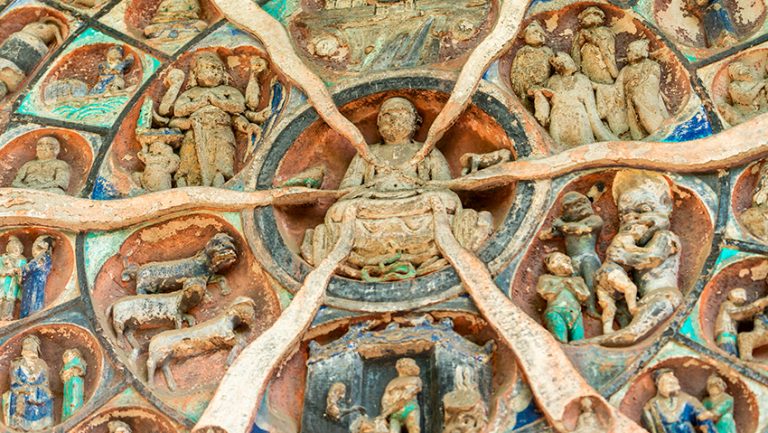 In practice, we have been able to verify that materialistic schools as well as spiritualist schools are completely bottled up in the Dogma of Evolution.

The modern opinions on the origin of man and his past evolution, in essence, are pure cheap sophistry, they do not withstand a deep critical study.

Notwithstanding all of Darwin’s theories, accepted as an item of blind faith by Karl Marx and his very much-vaunted Dialectical Materialism, modern scientists know nothing about the origin of man, they are not certain of anything, they have not experienced anything directly, and lack specific, concrete and exact proofs about human evolution.

On the contrary, if we take historical humanity, that is, that of the last twenty thousand or thirty thousand years before Jesus Christ, we find exact proofs, unmistakable signs of a superior type of man, incomprehensible to modern people and whose presence can be demonstrated by multiple testimonies, old hieroglyphics, ancient pyramids, exotic monoliths, mysterious papyri and various ancient monuments.

As for the prehistoric man, those strange creatures with such a similar appearance to the intellectual animal and yet so distinct, so different, so mysterious and whose illustrious bones are sometimes deeply hidden in archaic deposits of the glacial or pre-glacial period, modern scientists know nothing [about them] in an exact manner and by direct experience.

Gnostic Science teaches that the rational animal, as we know it, is not a perfect being, not yet a man in the full sense of the word; nature develops him to a certain extent and then abandons him, leaving him completely free to continue his development or lose all his possibilities and degenerate.

The Laws of Evolution and Involution are the mechanical axis of the entire nature and have nothing to do with the Intimate Self-realization of the Being.

Within the intellectual animal, there are tremendous possibilities that can be developed or be lost, it is not a law for these to develop. Evolutionary mechanics cannot develop them. The development of such latent possibilities is only possible under well-defined conditions, and this demands tremendous individual super-efforts and efficient help from those Masters who have already done that work in the past.

Whoever wants to develop all his latent possibilities to become a man, must enter the Path of the Revolution of Consciousness.

The intellectual animal is the grain, the seed; from that seed can be born the tree of life, the true man, that “man” who Diogenes was looking for with a lamp lit on the streets of Athens at noon, and whom unfortunately he could not find.

It is not a law that this grain, that this special seed, can be developed; the normal, the natural thing is for it to be lost.

The true man is as different from the intellectual animal as the lightning is from the cloud. If the grain does not die, the seed does not germinate; it is necessary, it is urgent for the Ego, the “I”, the “myself”, to die for the man to be born.

Teachers of schools, colleges and universities must teach their students the path of Revolutionary Ethics; only in this way is it possible to achieve the death of the Ego.

To emphasize, we can affirm that the Revolution of the Consciousness is not only rare in this world, but is becoming rarer and rarer.

The Revolution of the Consciousness has Three perfectly defined Factors: First, to Die; Second, to be Born; Third, Sacrifice for Humanity. –The order of the factors does not alter the product–.

To die is a matter of Revolutionary Ethics and dissolution of the Psychological “I”.

To be born is a matter of sexual transmutation; this matter corresponds to transcendental sexology; whoever wants to study this subject must write to us and know our Gnostic books.

If we do not desire the Revolution of Consciousness, if we do not make tremendous super-efforts to develop those latent possibilities that lead us to the Intimate Self-realization, it is clear that such possibilities will never develop.

Those who self-realize, those who save themselves, are very rare, and there is no injustice whatsoever in that. Why should the poor intellectual animal have what he does not want?

The truth is that before an individual acquires new faculties or new powers, which he does not even remotely know and he does not yet possess, he must acquire faculties and powers that he mistakenly thinks he has, but in reality does not have.