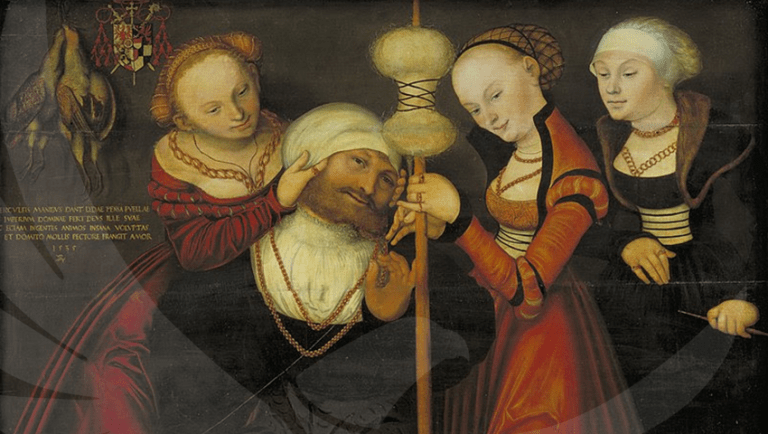 The secret labors that, finally, allowed Hercules his total liberation

I would like to send you, on this occasion, some words that I find important to be transmitted to all of you and that refer to…

…THE SECRET LABORS THAT, FINALLY, ALLOWED HERCULES HIS TOTAL LIBERATION

Much has been said and written about the twelve Labors of the mythological Hercules, the Solar Hero. He has been the prototype of the self-realized man about which has been written in the golden pages of the millenary Gnostic Kabbalah. Mircea Elíade himself–a great Romanian occultist and disciple of Sivananda– went so far as to say very rightly that mythology was the true history of humanity, although for intellectualoid analysts the words of this great researcher have no transcendence. The crude reality tells us that what cannot be expressed through ordinary narratives, becomes extremely easy to express if we do so by means of the myth.

Such is the case of Hercules, the Greek hero to whom twelve terrible labors were entrusted so that he could again be granted the grace to return to the kingdom of Olympus, that is, to return to the kingdom of Consciousness as proclaimed by Gnosis. However, companions, it is very important to know that beyond the aforementioned twelve labors, mythology emphasizes that this Solar Man had to carry out other labors or tasks that few know of, which would even go beyond the curriculum of Mastery, the latter understood as the climbing of the esoteric Three Mountains mentioned by contemporary Gnosticism thanks to the pen and metaphysical experience of the V.M. Samael Aun Weor.

Before going into details, allow me to add some comments that I also consider relevant in this matter, let us see:

Adventures in the Kingdom of Omphale

Once purified, he turned to the oracle of Delphi for help in healing from his outbursts of anger. When the Pythoness refused to attend to him for having killed Iphitus, Hercules, angry, seized the tripod of Apollo on which the Pythoness sat.

The God Apollo, indignant, came to prevent the theft of the sacred tripod and fought with Hercules until Zeus separated the fighters with a bolt of lightning and forced them to make peace. The Pythoness then acceded to the wishes of Hercules and prophesied that in order to get rid of his affliction he would have to be sold as a slave for three years and hand over the money from the sale to the family of Iphitus. He was sold by Hermes to the queen of Lydia, Omphale, as a nameless slave. The queen and new mistress of the hero subjected him to all kinds of outrages: she dressed him in long feminine clothes, forced him to spin yarn at her feet like any maiden… Despite the mistreatment, it can be said that there was love between Hercules and the queen, and that this love became so sickly that it led the hero to this so undignified situation.

During this period, Hercules faced the twin Cercopes Passalus and Acmon, who, transformed into flies, prevented him from sleeping with their incessant hum; he fought against Sileo, who forced foreigners to work on his lands; he wiped out the city of the Lydians when they began to plunder the territory of Omphale; he defeated King Lityerses of Celaenae in a competition in which the king beheaded the losers; next to the river Safaris he killed a gigantic snake that attacked the servants and the crops of Omphale. With this queen Hercules begot Lamus, Agelaus and Laomedon.

After the agreed time and after saving the possessions of the monarch from bandits and monsters, the queen began to suspect that this nameless slave was none other than the famous Hercules, so she released him very satisfied, showering him with gifts at his departure.

On his return he learned of the stories that were told about him. That he put away the skin of a lion and dressed like a lady, with large necklaces, bracelets and female turban. They also said that the lady scolded him and he started crying, completely ridiculing his manly strength in the face of female modalities.

As we can see, friends, the adventures or labors of the mythical Hercules did not end by fulfilling those twelve labors that had been imposed on him, no, because due to a series of circumstances he needed to be purified and ended up, to top it off, being sold by Hermes to a queen of Lydia called Omphale. Very curiously, this queen bought him as a nameless slave and, as if that were not enough, subjected him to outrages of various kinds, she even forced him to wear women’s clothes and to, furthermore, perform tasks of the female sex. Many pictorial illustrations show, since past centuries, these acts which go beyond those stunts that the Solar Hero had to do in one of those twelve labors, specifically when he had to steal the belt from Hippolyta, the queen of the Amazons…

All these things, dear friends, take us back to the memory of something that the Gnostic Kabbalah has told us since millennia. The Kabbalah tells us that the term Adam means “man made of red earth,” and the Holy Scriptures remind us that God made man with the dust of the earth. However, when we are told that it was red earth, for us the emphasis is put on Adam Solus –the androgynous Adam existing before the angelic fall, the Adam who had not committed the original sin–. The red earth is the Sulfurized Mercury or the Red Tincture that the science of Alchemy teaches us in its treatises.

All these concomitances invite us to reflect, because we could say without fear of being mistaken that true liberation for the Solar Man only comes to him when he resumes his original androgynism, and it is for this reason that the mythological Hercules is shown humiliating himself to the maximum to achieve such a purpose. All this implies, obviously, the disintegration of all forms of residues of those inhuman elements –psychological aggregates– connected to the machismo of the rational humanoid of our days. Curiously, I would like to tell you about a situation that, personally, I had to live in the dwellings of our Venerable Patriarch: Samael Aun Weor…

We were a group of disciples at the feet of the Avatar of Aquarius, V.M. Samael Aun Weor. We were very comfortable asking the Master endless doctrinal questions when suddenly his wife approached us. She spoke to say to all of us: “Well, well, get out of here, go somewhere else because I need to sweep this room!”. Immediately, the V.M. Samael said to all of us: “Well, let us go to that other place, brethren, and there we will continue talking…” However, once we were in that other place continuing our rhythm of questions, that lady came back to repeat to us: “Well, take another side of the house because I also need to sweep here!!”. Master Samael moved again together with those of us who were there, to that other place that his wife indicated to us.

Again, for the third time, that lady and her broom appeared in front of us to repeat that we had to move to another place in the house. But on this occasion, before we moved, one of us who were gathered there took the floor to ask the Master:

Disciple: “Master, you are the Avatar of Aquarius! Right?”

Disciple: “Master, your BEING is the Logos of Mars. Is that so?”

Disciple: “Master, your Real BEING is a Cosmocrator. Right?”

Master: “Yes, He is a Cosmocrator.”

Disciple: “Master, you have already managed to collect your Philosopher’s Stone. Is that right?”

Disciple: “So, Master, why does this woman give orders to you?”

Master: “Ahhh!, my brethren, there are things on this path that if I explained them to you maybe you would not understand them…..”

Actually, dear reader, that answer left us all intrigued and today we come to understand all the mysteries that are enclosed in the Great Inner Work. There are, thus, many nooks and crannies in the fabrication of the Philosopher’s Stone and we need to be well dead –psychologically speaking– in order to complete it successfully.  He who has ears to hear may he hear and he who has eyes to see may he see because there is wisdom here…..

Now I am going to offer you a few sentences for reflection:

“The only way for man to preserve his freedom is to always be ready to die for it.”
Diogenes

“Freedom is the greatest of goods.”
Ovid

“There is not enough gold to buy freedom.”
Aesop

“This is the last conclusion of wisdom: freedom and life are deserved only by those who must conquer them every day.”
Goethe

“Freedom is usually clothed in rags, but it is still very beautiful, more beautiful than all the uniforms of gold and silver.”
Amado Nervo